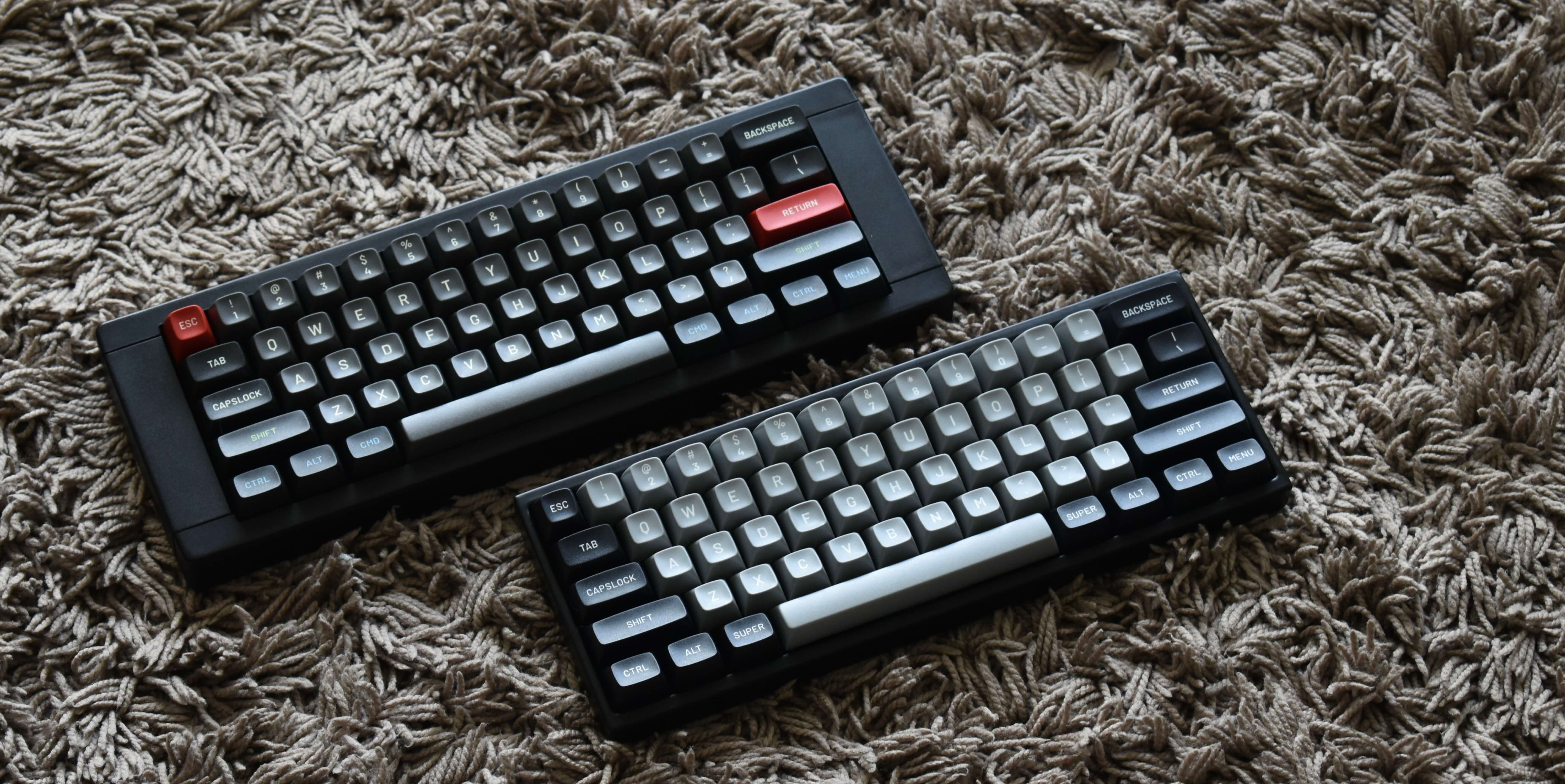 So here I am, finally acknowledging an issue I am both suffering from and enjoying. I own around 50 keyboards, most of them are vintage, and some of them are modified to be used with modern computers. I am not a collector, nor aspiring to be one. I have no reason to buy so many of them. I might be suffering from Compulsive Buying Disorder, and the only time I stop is when I run out of money.

It all started 5 years ago, I was working for a start-up and was typing(programming) a lot on a day-to-day basis. I thought of spending some money on a good keyboard, Hence I got a CoolerMaster Masterkeys Pro L with Cherry MX blue switches. It was amazing, I know everyone hates MX blues, but back then it was a huge upgrade from the laptop keyboards. It was noisy enough to annoy my colleagues, Anyways I didn’t like my colleagues very much. :)

The next year I switched my job and moved to a different city. By then I have started noticing that the MX blues aren’t very good for gaming.=So I ordered another keyboard for my home setup, It was a CoolerMaster MK 730. This time I chose MX Brown, the most hated Cherry MX switch ever.

The next year I changed my job again, and the Pandemic started. I was bored with the rattly MX blues and scratchy MX browns. I went ahead and ordered the Drop Ctrl keyboard with Box white switches. I lived with that for six months before I got tired and wanted to try something different.

It was about time when I wanted the most loved keyboard of all time, the IBM Model M. I joined Deskthority, in search of a refurbished Model M, and found out that there is a shitton of vintage boards out there. Soon I got two German IBM M122s and one Model F XT. The Model F was in pieces when it reached here, but I loved it to bits. It was clearly better than the Model M, and all other keyboards I have tried before. And then in order to try more boards, I started buying them, and soon I got 3 more Model Ms, some IBM num pads, a Model F AT, and a Beamspring board. The Beamspring board is the most expensive keyboard I own.

Then I started buying Alps boards, White, blues, and whatnot. I managed to get into the Space Invader keyboard GB and bought 10 of them. I did buy some cheaper modern custom keyboards here and there too. Buying from Different countries was hard with the inflated shipping costs, and high customs duties. However, many Deskthority members helped me store and ship the boards. 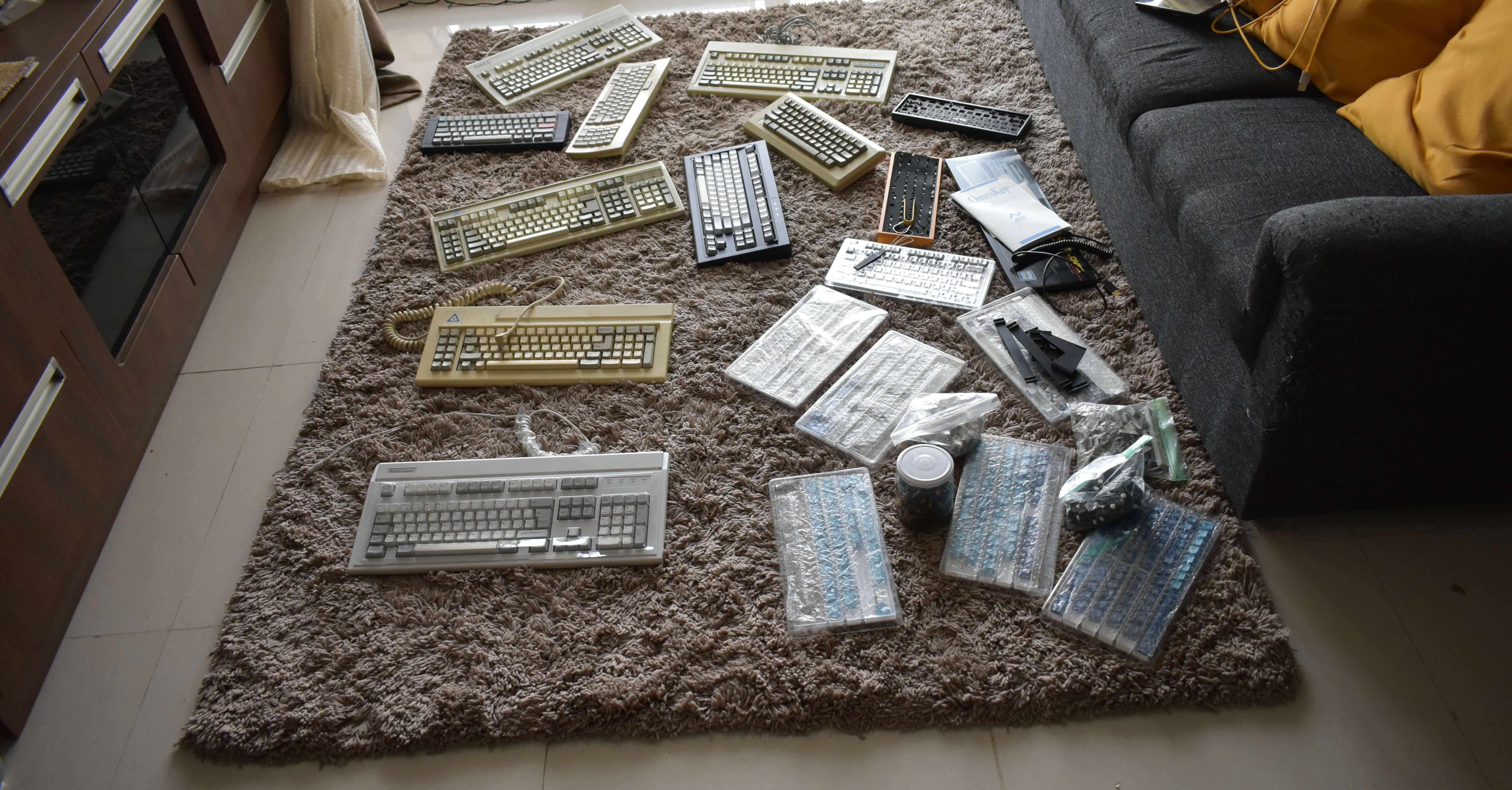 One of the largest keyboard shipments

At the time of writing, I have around 50 boards in my closet and another 20 keyboards with my proxies in different countries.

After hanging out with Deskthority folks, I started disliking the modern keyboards. The modern keyboards felt boring, monotonus, and without a character. The issue with vintage keyboards is that these are big keyboards. I, on the other hand like smaller ones on my desk. I couldn’t get accustomed to large boards on my desk for a longer period. However, I had snagged a Model F62 from mechmarket a while back. It was perfect, with my favorite capacitive buckling spring switches, It became my daily driver very quickly.

So I do enjoy collecting keyboards and trying them. The real issue is I spend too much money on acquiring them, and it’s slowly hurting my financial stability. It’s pretty obvious, and the solution is to stop buying more keyboards. Duh!

But it is harder than it seems, and that’s why this is one of the deadliest addictions in my life. The weird thing I notice is that I do enjoy owning keyboards even though I don’t use them. It’s very unlike me Since I have always gotten rid of things I don’t have use of.

Involving in keyboard communities didn’t help the case either. Rather collecting and acquiring keyboards helped me get acknowledgments and boosted the hunger to get more. Leaving those communities feels hard now Since I have made friends there and don’t want to leave.

For some time, I believed making more would help solve the problem like it always has been. I was completely wrong, more money just made me more careless with it. I kept buying pricier boards and didn’t think even think about it.

The good thing is I have now around 25 keyboards which don’t work with modern keyboards. I intend to focus on converting them to use with modern boards, and documenting the process. It’s harder and a little less rewarding, but this seems like something that I can concentrate my energy on.