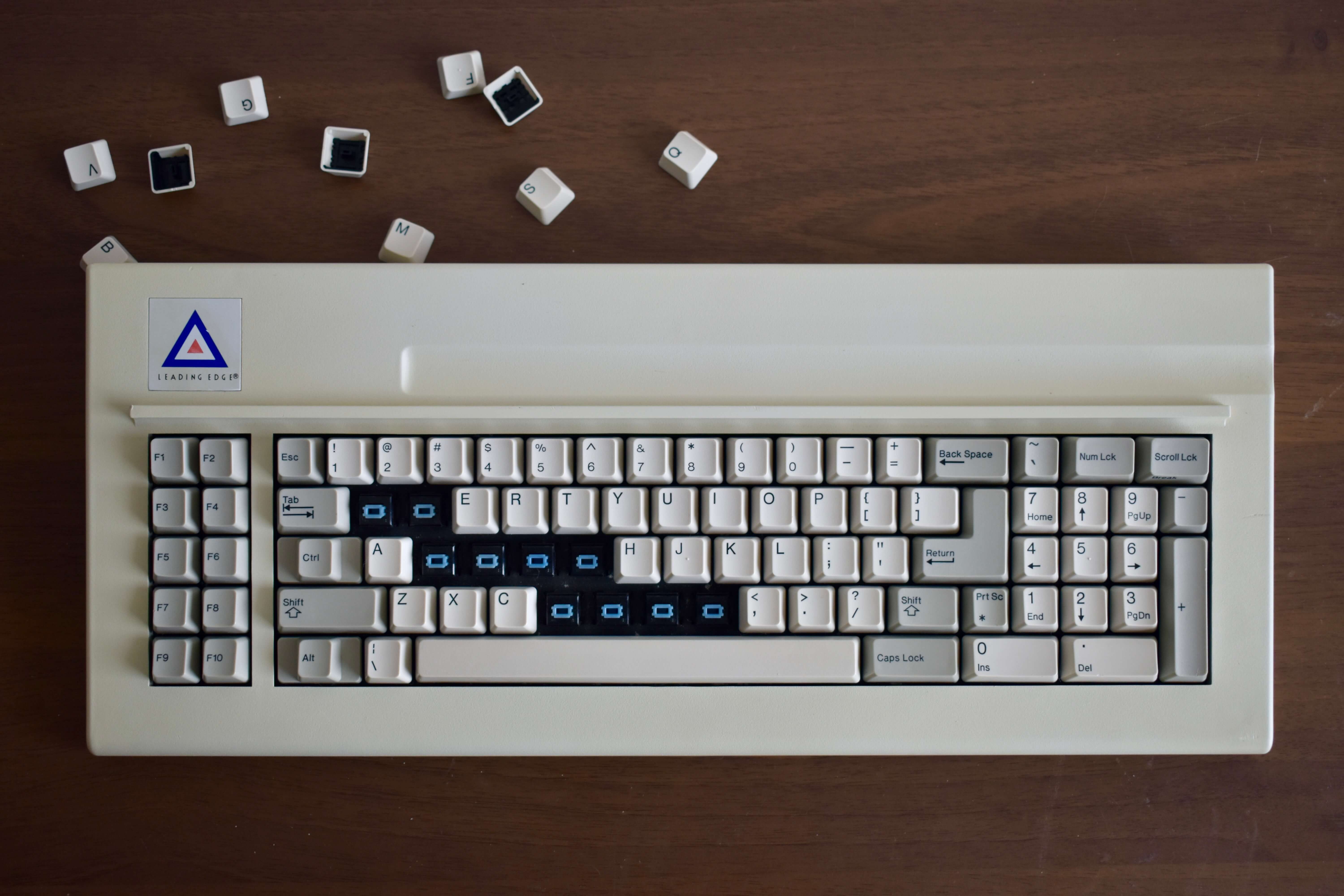 This one of the better deals I have ever gotten on eBay, The seller was trying to sell a bunch of vintage keyboards, and they let it go for $100. The keyboard case is made of sturdy and thick ABS plastic, which was very yellowed when I got it. It has a pair of spring-loaded feet on the back, which looks a bit unconventional in comparison to other vintage keyboards. 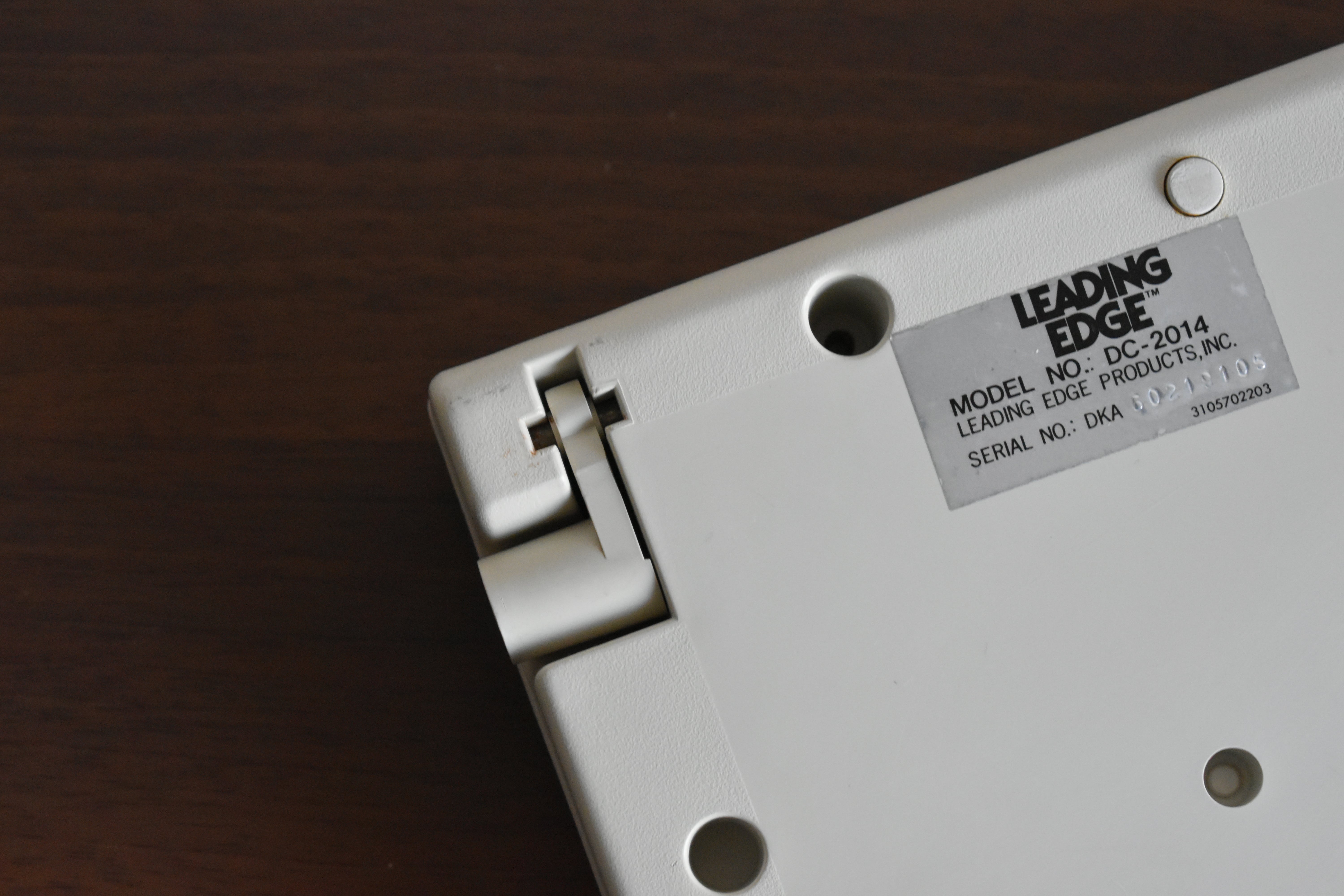 The iconic Leading Edge triangle logo is a sticker on the case.I was careful not to damage it while scrubbing the case to clean. The top case also has a groove, I assume it is for keeping pens and pencils.

The back of the case has 4 rubber pads (feet) for protection. I might have melted them while retrobrighting with H2O2, I can’t say for sure. There is a sticker with a model number and serial number on the back. 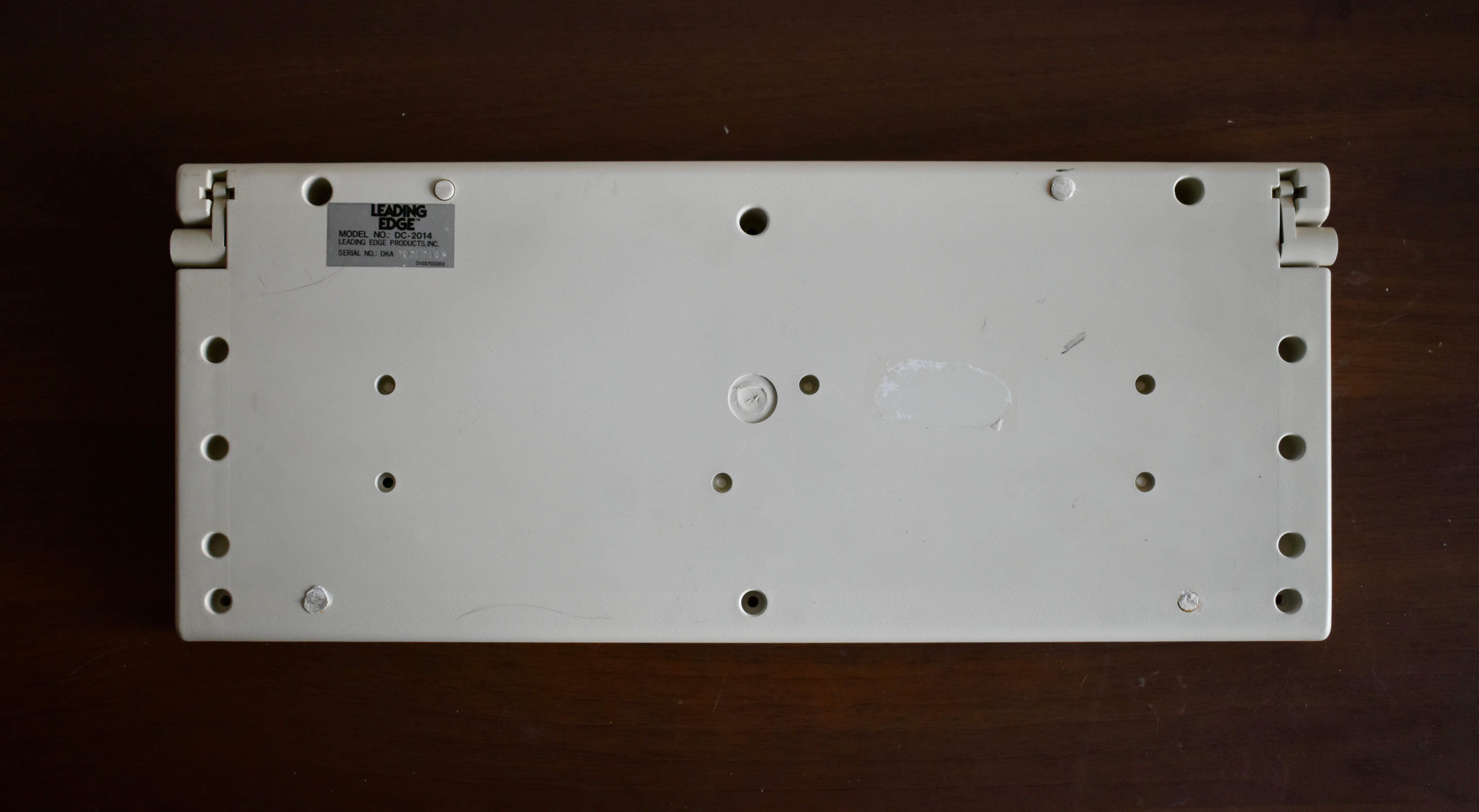 Opening up the keyboard is easy enough, with 6 screws holding the two pieces together. The internal assembly is screwed together with the top case with another 4 sets of screws.

The internal assembly consists of a steel plate and a PCB and of course the switches. The board comes with the venerable SKCM Blue Alps switches. They seem to be in a good condition, so I probably won’t wax-boil them.

The layout is based on the IBM Model F XT layout with some minor changes.

The keyboard uses XT protocol to communicate, So I have planned to make a converter for it. I haven’t decided whether to make an internal converter or a box, I will edit this section once I get my pro-micro shipments from China. 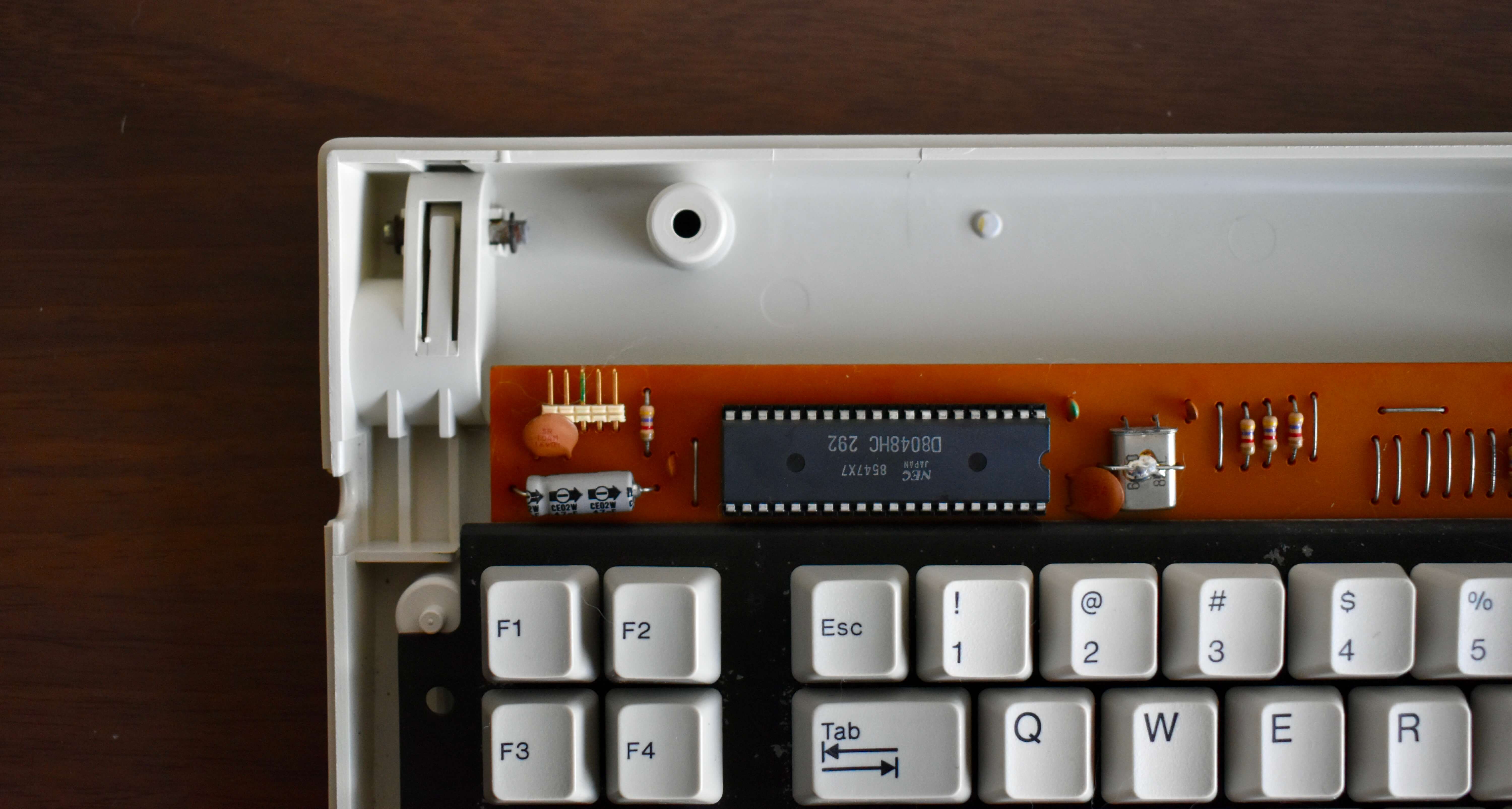 This is an exceptional keyboard with amazing switches and it sounds amazing. The XT layout is my favorite layout and by far this is one of the favorite keyboard in my collection.