This keyboard is a reproduction of one of the original IBM model F 4704 series keyboards. Originally it came with the IBM 4704 FINANCE COMMUNICATION DISPLAY STATION MODEL 1 ENHANCED and mainly used by the banking industry. In 2012, it was first documented by a Canadian computer enthusiast who goes by the name Kishy and hence called the Kishsaver.

In 2015, Joe Strandberg aka Ellipse has decided to make reproductions of the F62 and F77 models. After a long wait of almost 4 years, in 2020 the project started shipping the boards for the pre-orders. An original F62. Photo by Kishi

Though it’s a reproduction, it isn’t an replica of the F 4704. It lacks a beeper, stand, beeper volume knob, and stepped caps.

Like most other IBM enthusiasts, I too entered into Ellipse’s group buy. But I was too anxious to wait two years to get my hands on one, So I got this board from r/mechmarket for a much lower price. Initially, I had planned to repaint the keyboard to beige, but I didn’t go through it. In real life, this red looks quite beautiful.

I got the 609th model, and the sticker on the back says the date of manufacture. It was made in China, unlike the original model. 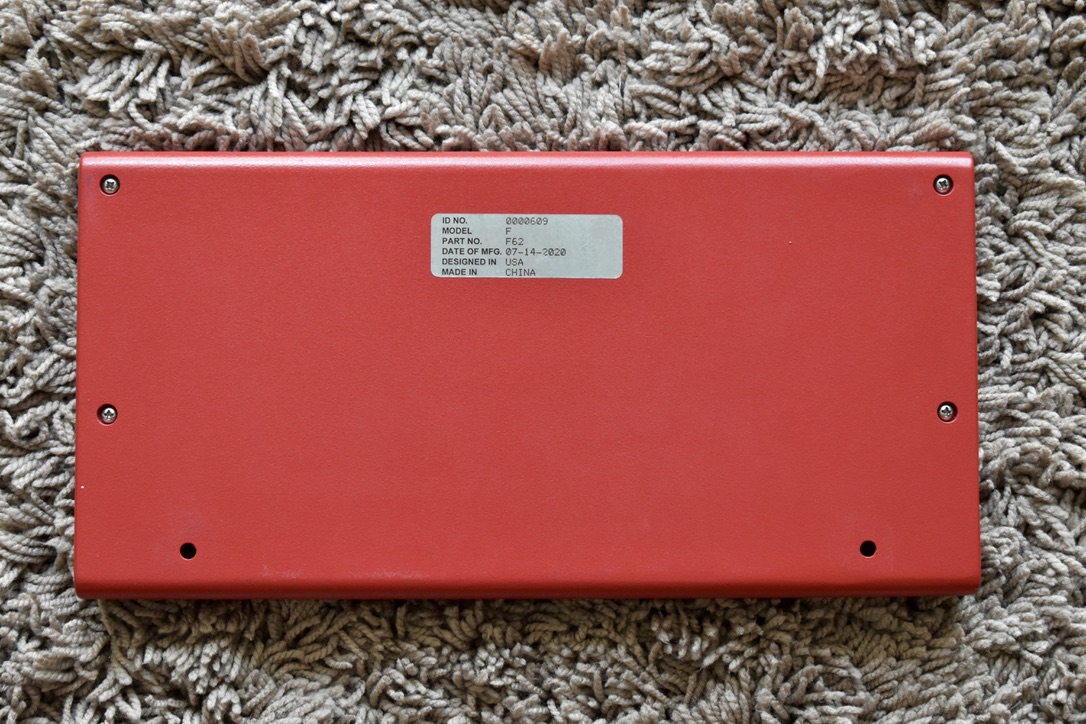 It came with blank beige keycaps, and the seller had included a set of blank Mopar blue keycaps. I swapped those beige caps with Unicomp APL caps with orange sub legends, and they look pretty impressive. However, some of the switches feel scratchier with the Unicomp cap, but I can’t figure out why.

My favorite part of the keyboard is its case. The case is built with Zinc and is pretty heavy. The powder coating on this particular model is superb, but I have heard complaints from other buyers regarding the quality.

The board uses Model F AT-style barrels and barrel plates. The spring felt a bit lighter than my other Model F boards, but it wasn’t too different. The spacebar uses model M type stabilizers, and it used to rattle a lot. I had to bend the stabilizer tabs a little bit and apply some silicone grease to reduce the rattle.

The assembly backplate is heat-treated and has a rainbow effect like the IBM Model F keyboards. 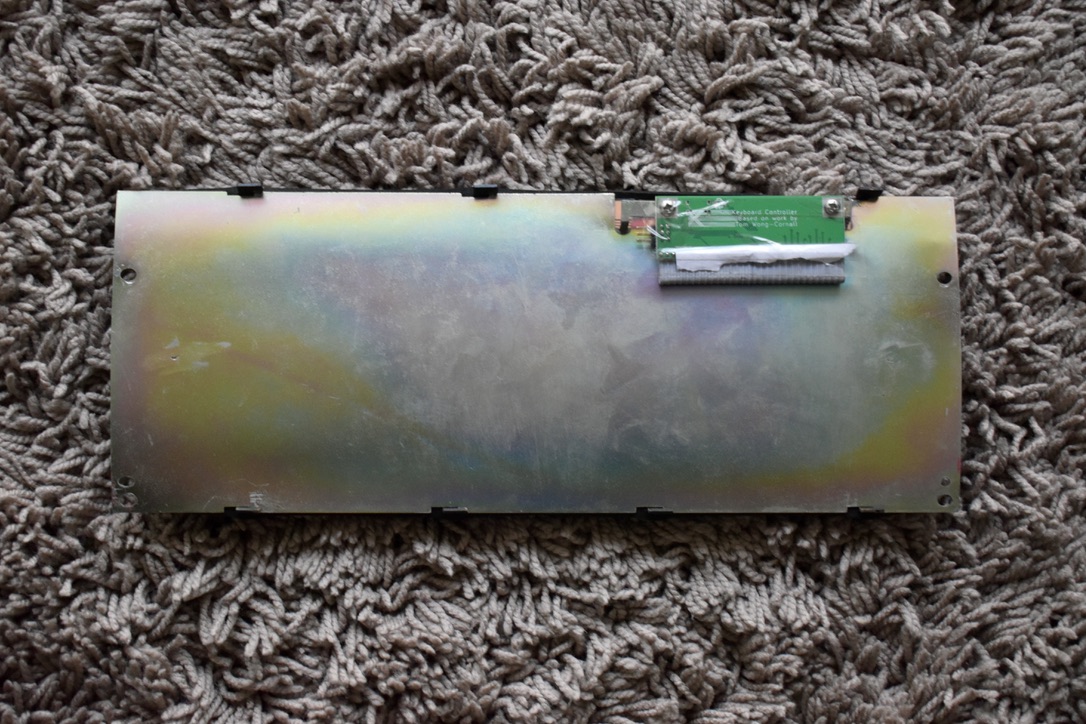 This board uses a compact version of the Xwhatsit controller( designed by wcass ), and I was lucky enough to get the USB-C version. Ellipse made both type-C and micro-USB controllers, and unfortunately, the buyers don’t get the option to choose. The soldering job on my model wasn’t up to the mark, and I got some unwanted key actuation. I had to clean the excess flux and tape the pins so that they won’t touch the metal case.

It is pretty rare to find boards that are built as tough as this F62 and still offer a unique typing experience. I wouldn’t recommend this board to a non-hobbyist because of its complexities. That said, I have been daily driving this keyboard for the past six months, and it’s one of the most practical ones in my collection.