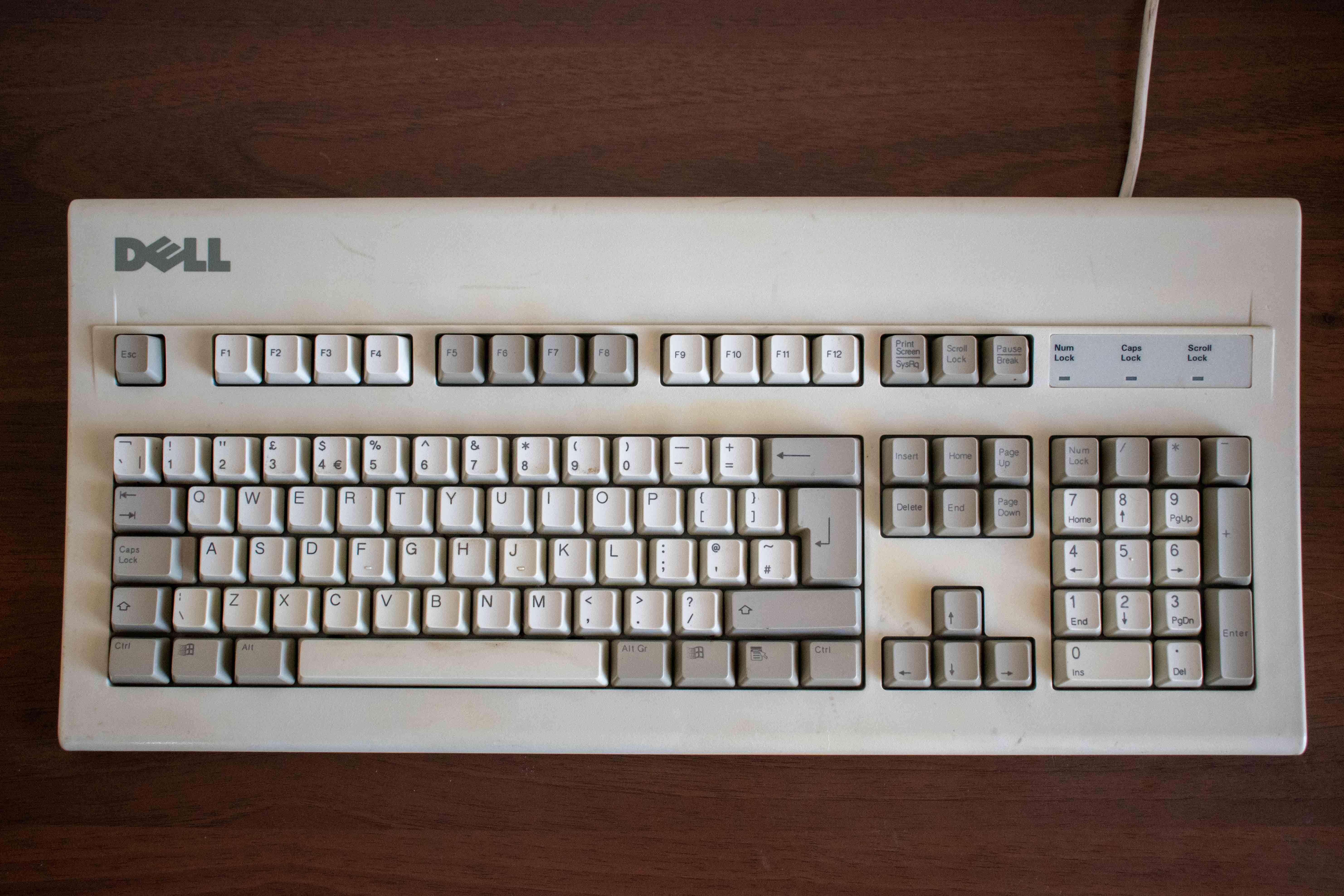 Dell AT102W is one of the mass-produced Alps Bigfoot series keyboards made in the late 90s. Dell used to ship them with their personal computers. The early Dell keyboards, such as Dell AT 101 were made by Alps Electric, but the later models like this one were made by Silitek.

The board has Alps SKCM Black switches, which are in pristine condition. These are light tactile switches, and I like these more than Oranges and Salmons.

The keycaps are ABS and laser etched, some of these are slightly yellowed.

Like the Pingmaster, the back of the PCB is protected by an aluminium(?) sheet.

Opening the keyboard seemed fairly easy with 6 screws and 4 plastic tabs, but I broke one of the tabs while reassembling it.

I don’t have any plans to restore the keyboard, AT101W/AT102W boards are found plenty in the wild. I might harvest the switches to use them in a modern build in the future.

I believe the AT102W case is one of the best-sounding alps cases available. I particularly like the light tactility of the SKCM black switches, which makes the board quite enjoyable.