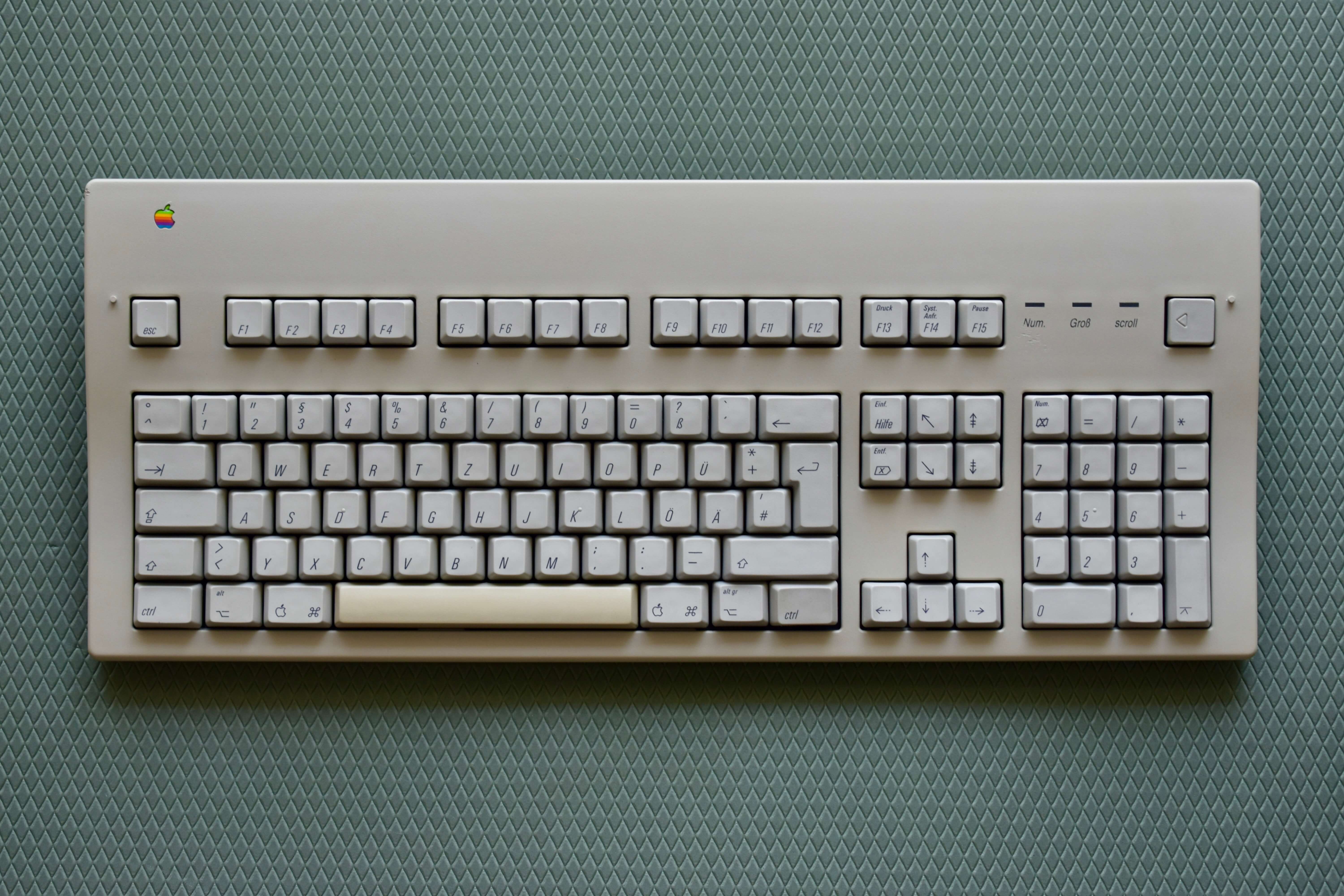 Apple manufactured this board in the late ’80s and early 90s. This board was the successor of the venerable Apple Extended Keyboard. These boards were included with Apple professional desktops starting with the Macintosh IIsi .

These boards use either Alps or Mitsumi switches. The Mitsumi switches were only used on boards made in Japan. M3501s are said to be the last “Mechanical Keyboards” that apple has ever made. 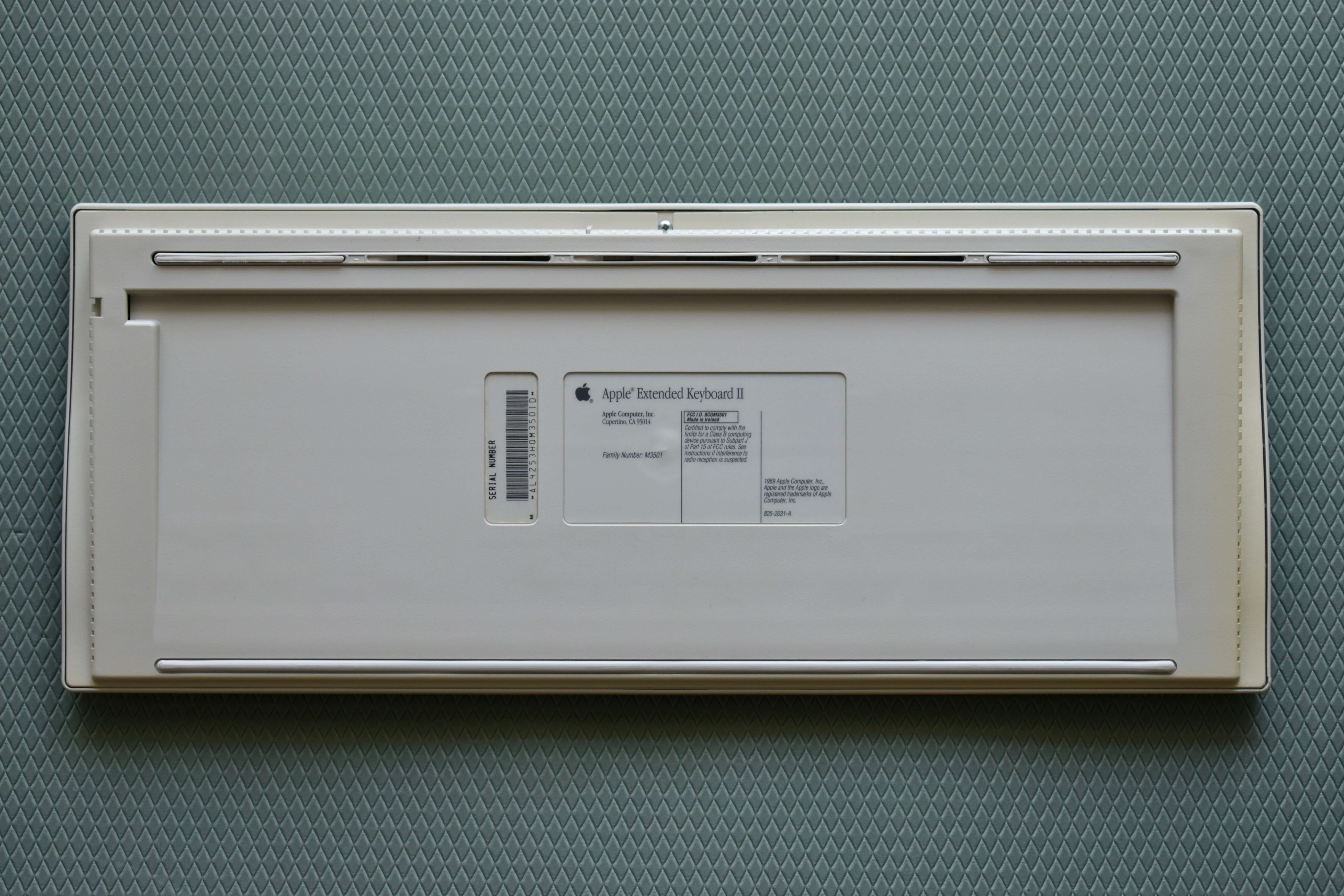 I got this German layout M3501 from the Deskthority sale listing for a fair price.

It has thick PBT dye-sublimated keycaps with Univers 57 Oblique font, and It uses the Alps dampened cream switches. However, the spacebar is made of ABS and hence it’s yellowed.

The case is also made of ABS, and it had been significantly yellowed when I acquired it. The case design is wavy, and I found it quite ergonomic without the feet extended. 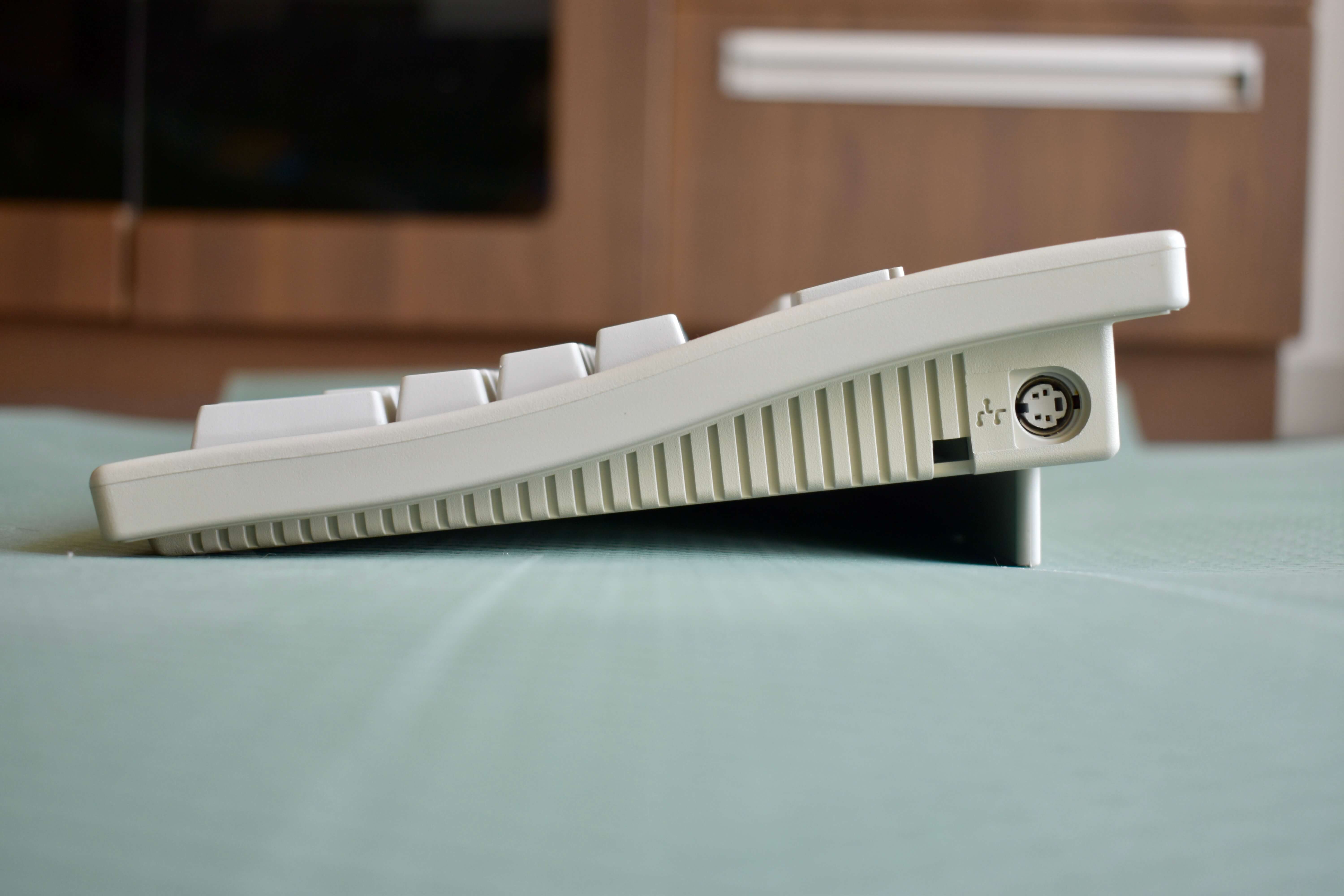 It features an Apple rainbow logo, and unlike the AEK I, the logo is at the top.

The Caps Lock uses an Alps latching switch, which physically locks down when activated.

The Apple M3501 features an innovative yet weird feet design. The feet consist of a plastic plate instead of two separate ones. There is a scrollbar on the back to extend and retract the feet.

This particular board has Alps SKCM Cream Dampened switches, which are the most common switches found on AEK IIs. The switches are stacked vertically on the function row, which is kind of unique to the AEK series boards. 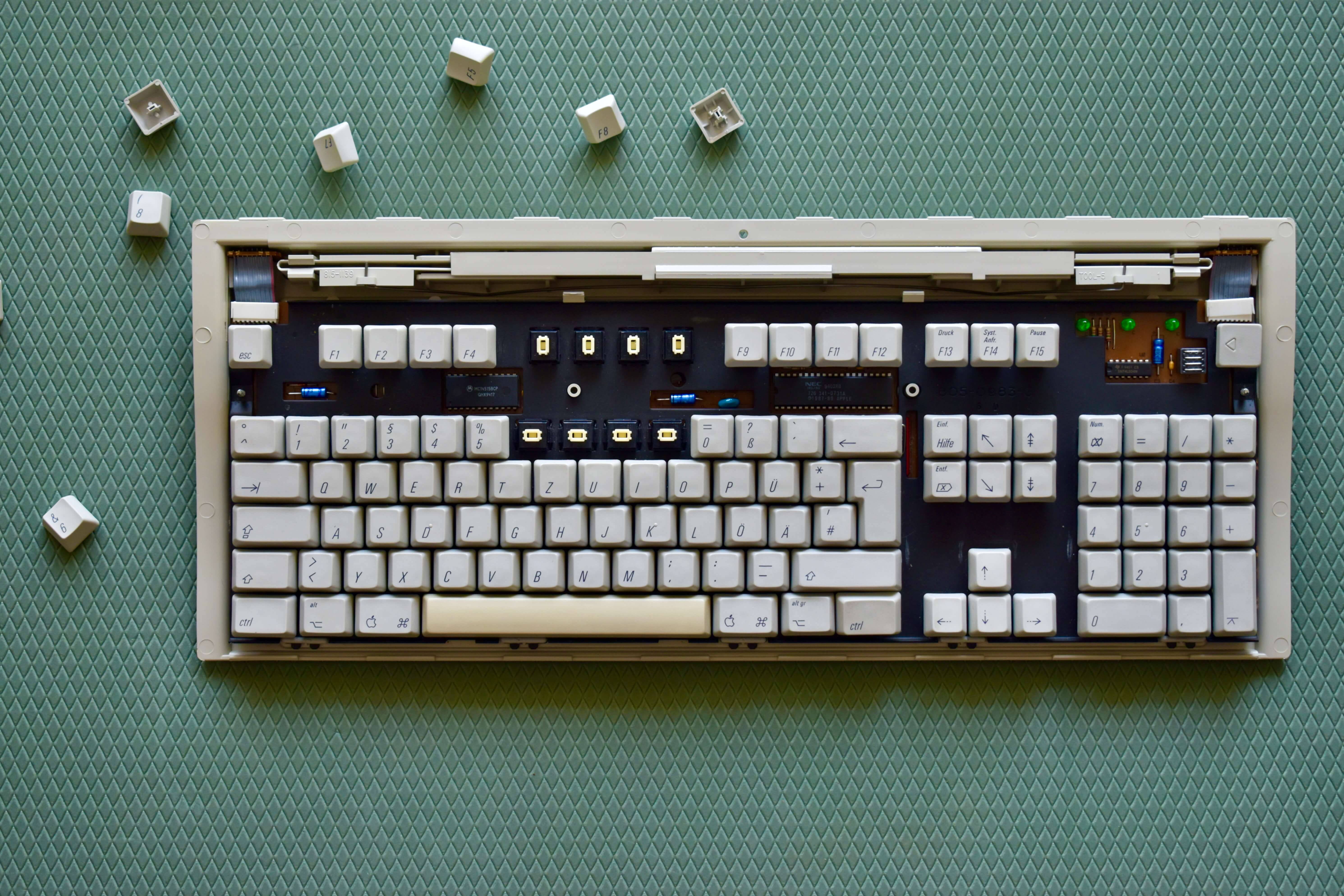 To be honest, It didn’t require a lot of restoring, I have only retrobrighted the case with H2O2 and got rid of the excess yellowing. That said, I have plans to wax-boil the switches and clean the keycaps too. This keyboard didn’t come with a cable either, I need to procure one.